A big congratulations to all the teams that played brilliantly today in trying conditions. Our U9 &U10s were both through to the preliminary final stage while our other teams were in their first round of semi-finals. If any teams have photos they would like posted please send them to [email protected].

The U9 Boonah Hotfoots fought valiantly against St Catherine’s Reds at Jim Donald field. Despite our best efforts St Catherines won 1-0. A great season for our boys and coach Damian.

U10 Boonah Bulls went down 1-0 to Westiminister Sharks at Jim Donald field. A great season for the team, coach and supporters.

Our U11 Boonah Blaze were down 3-1 at half time to Logan Uniting at Britain Park only to level the score to 4 all with a couple of minutes to go.  After several close calls for both teams in extra time it was still 4 all at the end of extra time.  Boonah triumphed in the penalty shoot 3-2 with a final result of 7-6. Well done Boonah! 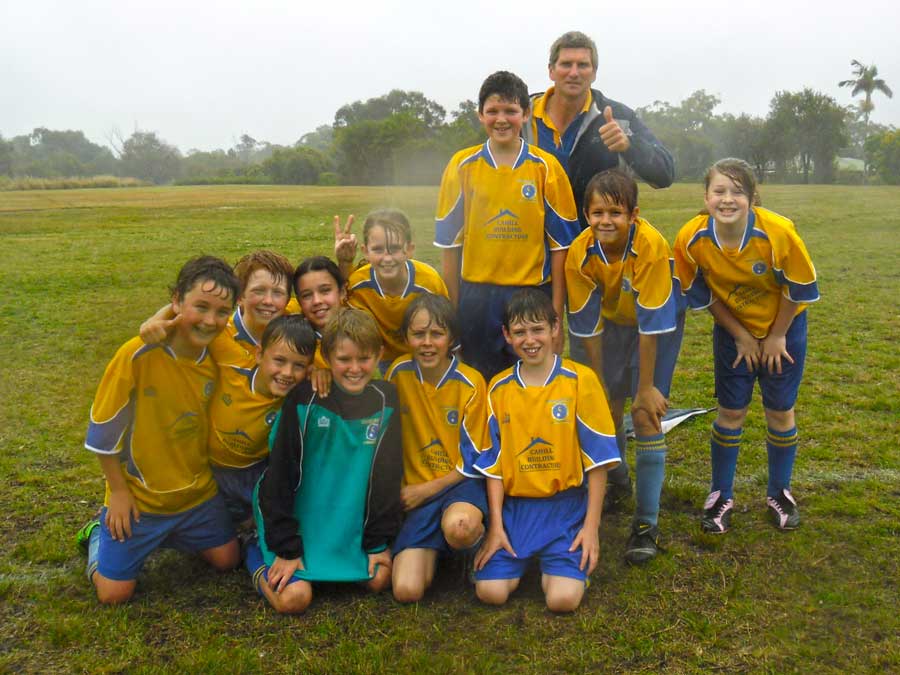 U11 Boonah Blaze after their nail-biting victory - time to dry off!

In semi-final results U12 Boonah Broncos lost to Beaudesert 2-1 at Calamvale College fields and our U13s went down to North Pine Hawks 2-1 at Peter Lightfoot Oval.

The U15/16 Girls defeated Silkstone Baptist 1-0 at Lowood Sports Ground. Excellent result girls. The U15/16 Boys were unlucky against the Mansfield Eagles at Worley Park – the final score 4-2 to Mansfield.

The club wishes the best of luck to our teams that continue their finals crusade!