You are here: Home / Archives for Uncategorized

ALL Team Photo’s will be taken on Wednesday 2nd June 2021,  Please mark this on your Calendars. This year Photos will be taken by Heritage City Photography.

All Players will recieve a Free Team Photo.
Coaches & Managers will also receive a photo as a Club thank you for this season.
Extra Photos for other family and friends can be ordered @ $15-00 PLEASE contact me if you want extra photos ordered.

Everyone needs to be ready 15minutes prior to each teams appointed time. Everyone needs to be in full team playing strip,
[Club socks, shorts, soccer shoes & Team Jerseys]. Team Managers & Coaches are to have your team ready & lined up in size – shortest to tallest, to keep the whole process flowing.

Anyone unable to attend will have their name listed and be marked absent on their teams photo.

Games Start: Dates to be confirmed…

All positions become vacant and will need to be filled at the meeting, we have a number of our current Committee Members moving on with their families, we will need all members to attend, so the season can progress smoothly.

Quorum for the AGM is 11, please attend we require members to attend to conduct the election.
The Club cannot function without a Committee.

No special skills are required just a willingness to give it a go, and work as a part of a team,
For Soccer – Fun Fitness and Friendships.

Please attend, we would love to have some new faces to join the Committee..

Email for a copy of Position Discriptions, AGM Minutes & the AGM Agenda.
Supper will be provided.

Parents, carers or guardians can apply for a voucher valued up to $150 for their child or young person, which can be used towards membership, registration or participation fees with registered activity providers.

Find all the information Here

Hi Everyone,
Currently we have several Teams without Coaches or Managers or Both. We will need these positions filled prior to Meet & Greet on Saturday morning 9 am on the 9th March. Please see form below to nominate.

Teams cannot function without both a Coach & a Manager
Please consider taking on one of these worthy positions.

Please fill out the below form and return:

NOTE: Teams cannot function without both a Coach & a Manager

Please Note: no previous experience is necessary but if you have any please list and with which club.

A Blue Card is required.

We are missing quite a few team photos for our 25 Year Celebration slideshow, especially from 2010 – 2014. If you have any, please send them in, below is a list of what we need:

Could you please email a scan or pic to [email protected] (jpeg format) as soon as possible. Thank you! 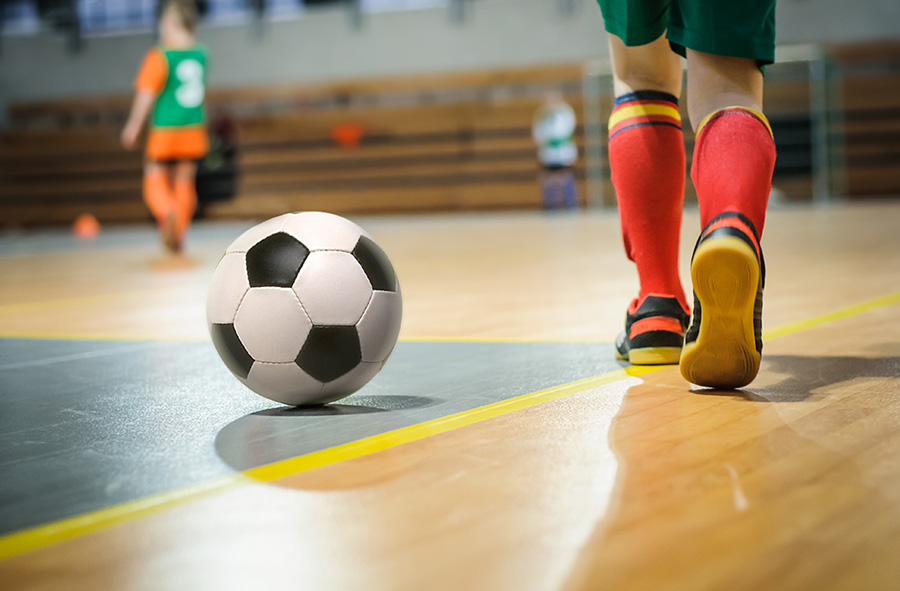 The Futsal Committee has received some helpers (thanks Christine & Rae!) so we are now able to have Junior Futsal sign-on as well as Mixed Open team sign-on tomorrow Monday 17 September at the Sports Complex from 4pm – 6pm.

We could still use extra volunteers, especially for the 9 – 11 Junior age group – please let us know at sign-on if you can help.

Share with friends and family to get the word out. See you all there!

Sign-on for the MIXED OPEN AGE GROUP ONLY will be held at the Sports Complex, Coronation Drive on Monday 17 September from 4pm – 6pm.

The Open Comp will run for ONE NIGHT rather than two and we will NOT be able to offer a JUNIOR COMPETITION this season as we have very few committee members and unfortunately no new volunteers have come forward.

Open Mixed Team nominations will be accepted on a first-in-first-served basis: the first 6 to 8 teams to submit a full team at sign-on will be accepted. Each team must have at least two female players and players need to be 15 yrs plus.

We aim to kick-off the season in the first week of October/start of Term 4. Information regarding fees will be available at sign-on, payments can be made via Direct Deposit or Electronic Funds Transfer. 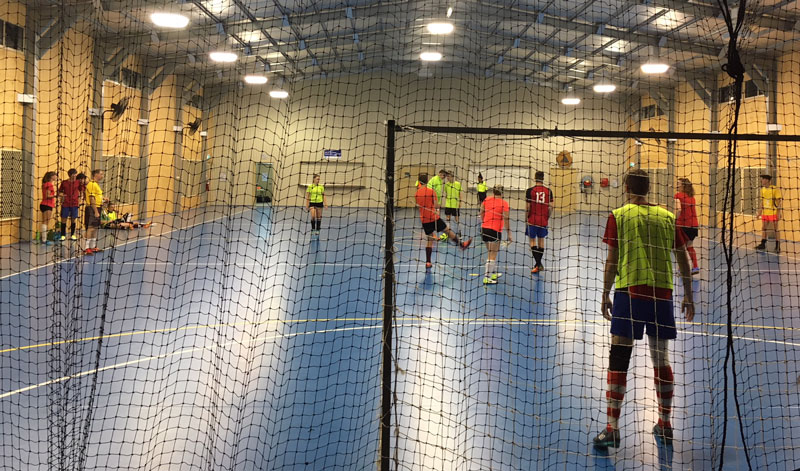 These players gained invaluable playing & training experience and enjoyed an exciting weekend of soccer playing against teams from around South East Queensland. Congratulations to the following players:

From the Boonah Soccer Club:

From the Fassifern Cobras Soccer Club:

It was great to see the Boonah Soccer Club and the Fassifern Cobras Soccer Club come together with Jay, George and Harry playing in the same U16 team.

Brad Reiser who played in junior teams for many seasons with the Boonah Soccer Club and now plays for Whitehill Soccer Club, played for U18 West and was selected for the U18 Queensland team – congratulations and good luck Brad!

They will all play again in their West Zone teams at the Sunshine Coast Cup on 14 July and the U11 & U13 teams will also play in Beaudesert at the Scenic Rim Cup in September. 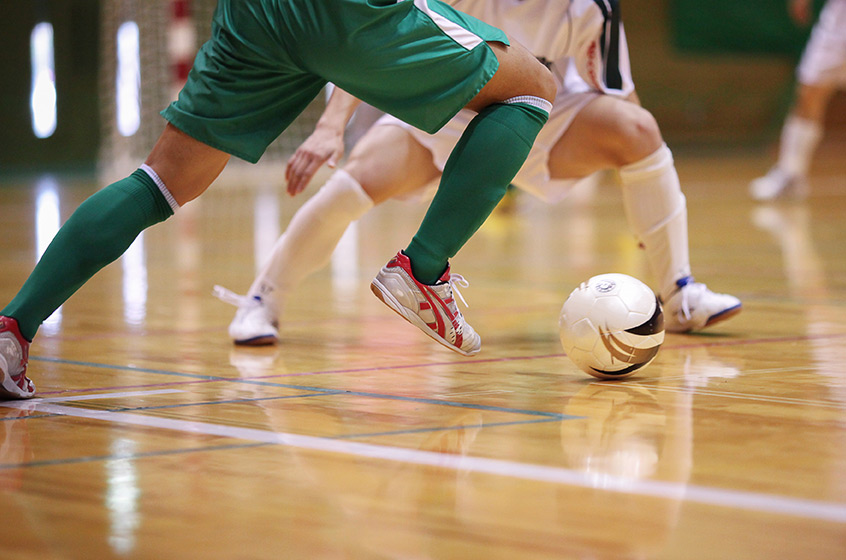 The AGENDA for the morning will be:

*A number of Teams currently still have NO COACH & NO MANAGER (see below), there is a short 15 minutes before the Coach & Manager briefing in complex, for these positons to be filled, however ideally we would like these positions filled prior to muster as this can be time consuming.

The Mega Sportz Soccer Camp is being held again in July this year.

If your child would like to play, register as early as possible as this is a very popular camp and fills up very quickly.

Welcome to the 2nd half of the Futsal Season! Games are starting up again on Monday 22 & Tuesday 23 January. Draws are available in case you have lost yours: 2017/2018 Snr & Jnr Futsal Draws

Welcome to the 2018 Soccer Season! Online registration will be opening very soon. All ages from Tiny Tots to Over 30 Men.

Sign-on days will be held on 27 & 30 Jan & 3 Feb for all players to have their photo taken & signatures collected. All sign-ons will be online. More information coming soon. 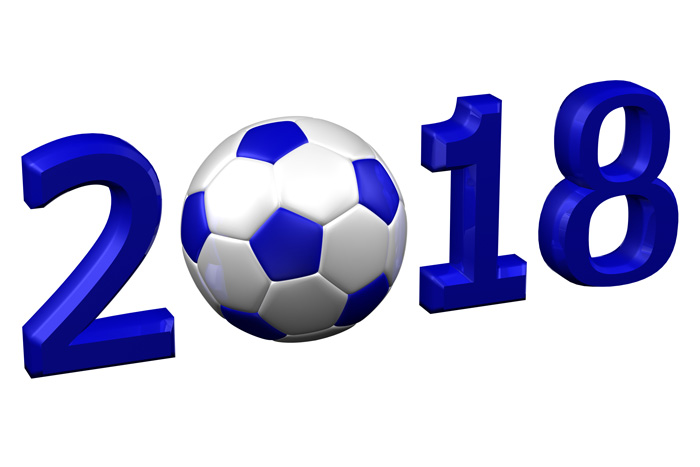 Round 11 of Get Started Vouchers opens on Wednesday 24 January 2018.

The program provides eligible children and young people aged 5 to 17 (inclusive) who can least afford to join a sport or recreation club with a voucher valued up to $150 for membership and/or registration fees. It should be noted that vouchers are issued on a first come, first served basis; therefore there is no guarantee that an eligible child or young/person will obtain a voucher.

The Boonah Soccer Club is a Get Stared registered club, get in quick for the 2018 season!

The Brisbane Roar is offering kids from QCSA clubs the opportunity to be involved in two games to provide player mascots, centre circle mat kids, and half-time game kids.

They are still waiting on final confirmation of numbers for half-time games but in any event, the two games they have allocated are:

If your child or team is keen to participate, please let us know asap so we can put our club forward for a chance to be involved.

Please be advised that the Management Committee meeting scheduled for tonight 11 October has been cancelled.

Congratulations to all Teams for a fantastic season, we hope that each and every Player had a wonderful season full of Fun, Fitness & Friendships we hope to see you all back next year. 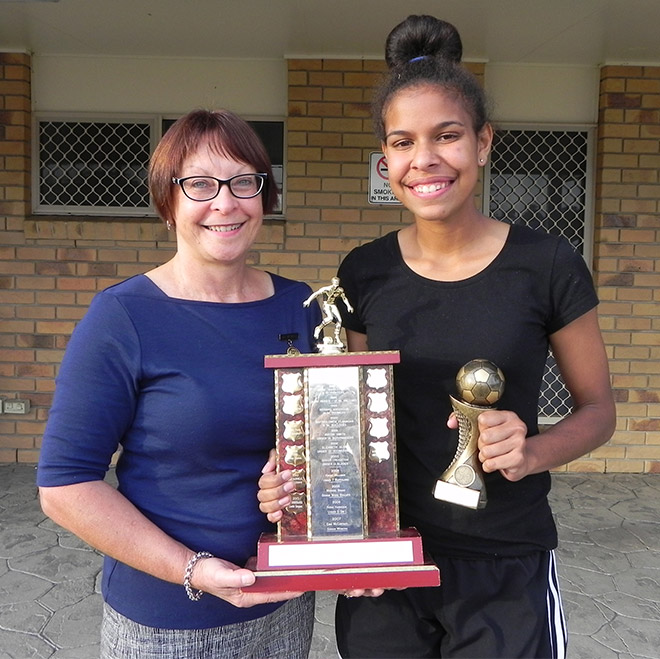 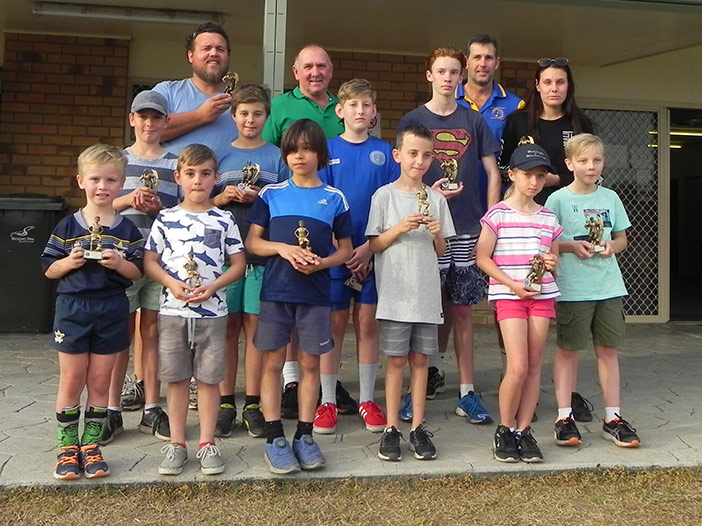 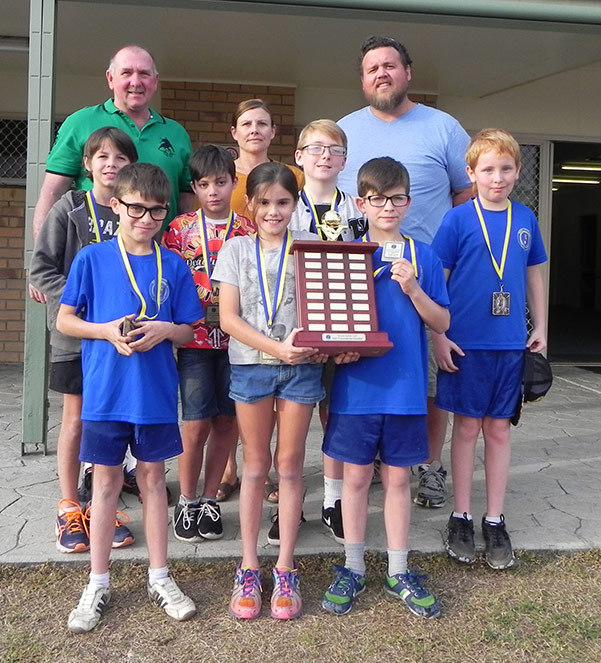 U11 Blue & team members Tahlia & Kayla Miles on the right: 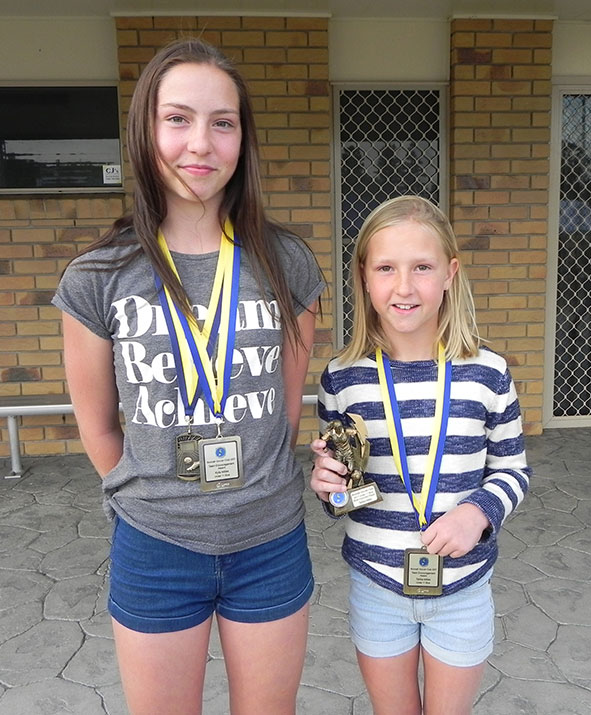 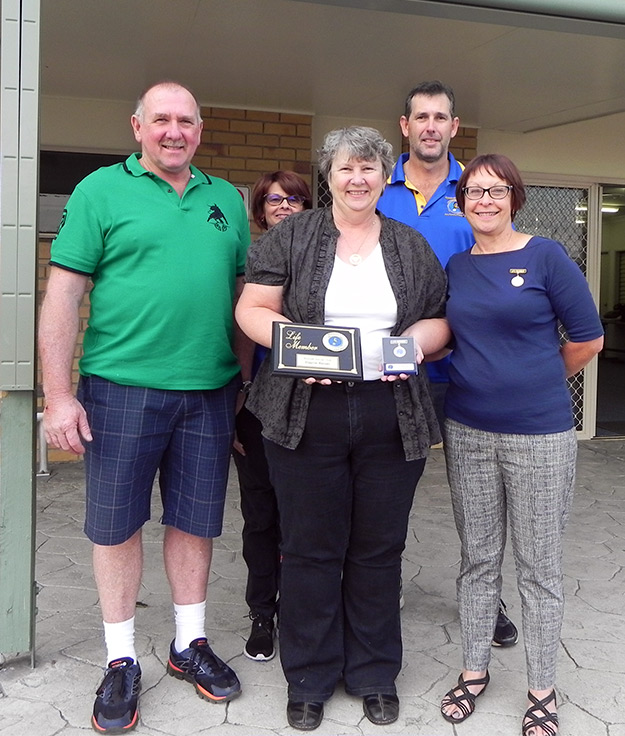 For more information on draws and position ladders see this link. 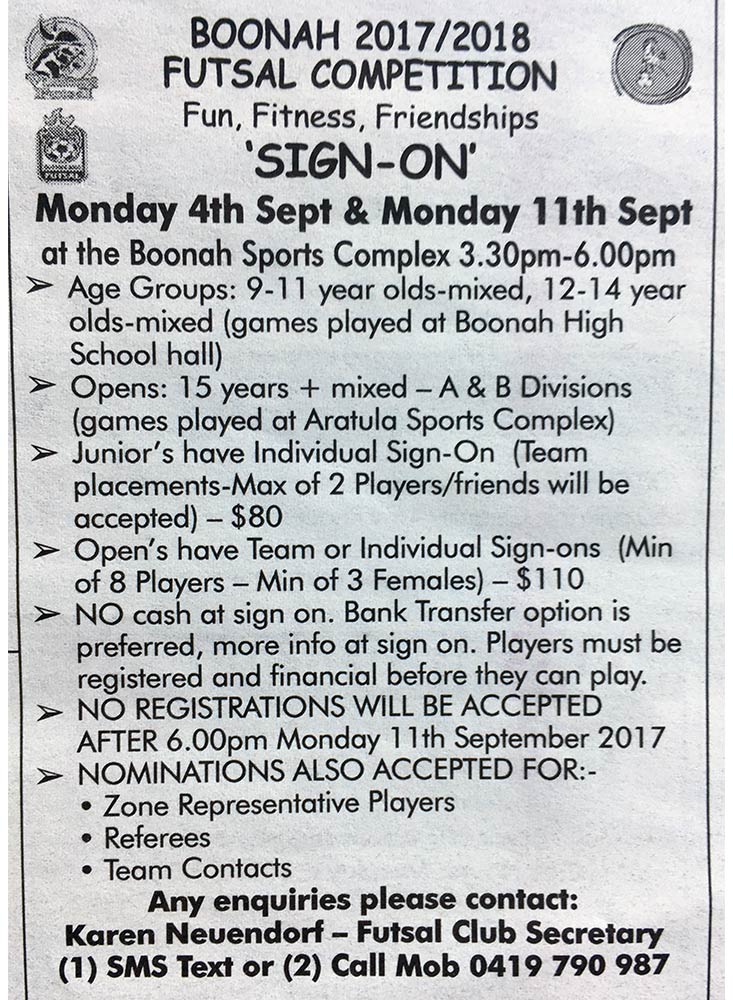 Registration forms can be downloaded here:

Guide to Player Self-Registration 2017-2018
(Note: For payment option, please select EFT (only option) rather than cheque as mentioned in the instructions)

The club has posted the draws for this season. You can find futsal draws and a link to ladder information here:

Are you thinking about coaching your child’s team this season? Coaching is a great way to get involved in a sport with your child, learn new skills and and get some exercise!

Coaches for the Boonah Soccer Club are usually parents/caregivers of players but can also be a relative, friend, senior player, or any member of the community. All that is required is a Club Membership and a Blue Card.

The QCSA and FFA offer coaching courses for all age groups. Some clinics are free and the Club will pay for our coaches to attend other courses (pre-approval required). For times and dates of clinics, visit the QCSA website:  Coaching Courses for QCSA club and rep. coaches 2016

It’s that time again Boonah Soccer Club players! Grab a quality soccer bag with the player’s name beautifully embroidered on the top. You may have seen them proudly sported by many of our players.

Please download this order form, fill out and return to Annette or Phillip Cahill.

PLEASE INCLUDE MONEY WITH ORDERS or direct deposit into  Account BSB 064442 /Account Number 10024294. Be sure to reference Your Family Name in the EFT transaction